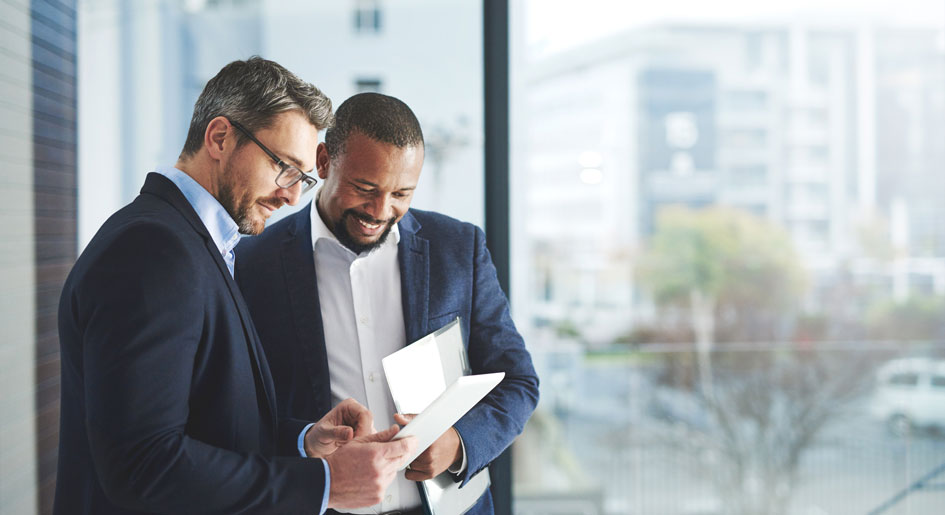 Job growth tapers slightly in December. Across the country, a net 223,000 jobs were created in December, pushing the unemployment rate back down to 3.5 percent. While still above the 2000-2019 average, monthly hiring has been trending down since July of this year. Staff additions last month were most prevalent in the leisure and hospitality sector, as well as in health care and construction. Payroll changes in other industries were modest. While joblessness remains low, the concentration of employment growth in only select fields that are either still in recovery or face acute labor shortages may foreshadow a sharper slowdown in job creation to come. This has important implications for Federal Reserve monetary policy, and by extension, the performance of financial markets and commercial properties. 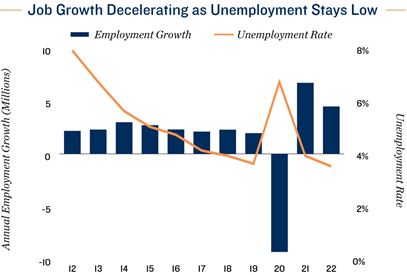 Low unemployment may place more onus on Fed. Despite the Federal Reserve raising the overnight lending rate 400 basis points last year — the fastest shift since 1980 — unemployment has remained stubbornly low. This may place additional pressure on the Fed to continue hiking interest rates, as a marked slowdown in employment growth is critical to the central bank’s plan to fight inflation. Minutes from the December Fed meeting imply the Federal Open Market Committee intends to increase rates by smaller increments going forward than they did last year, but that the FOMC is also not intending to hold rates flat anytime soon.

Fed actions influence property outlook. Higher interest rates have a two-fold impact on commercial real estate. Adjustments to credit card interest hampers many household budgets already impaired by elevated inflation. This can weigh on demand for housing, retail goods and services, as well as travel, affecting property performance. At the same time, investors are also facing steeper capital costs. This is especially notable for sectors with lower cap rates like multifamily, a byproduct of strong sale price appreciation over the past several years. While the long-term demand outlook for apartments and other property types is favorable, limited margins between recent cap rates and financing costs is a current constraint.

Slower wage growth to take pressure off inflation. While unemployment fell back to a historically tight rate last month, upward pressure on compensation may be abating. Over the past year, average hourly pay advanced by 4.6 percent, its lowest level since mid-2021. The fact that hiring was tepid across most sectors last month likely contributed to this moderation. Tapering wage growth should further support the slowdown in inflation that began at the tail-end of last year. Headline CPI rose 7.1 percent year-over-year in November, down from a June peak of 9.0 percent.

Loss of temp roles may foreshadow broader slowdown. An additional sign of softer labor demand ahead, temporary help services reported a net loss of 35,000 positions in December. Hiring of temp office roles can serve as an early predictor for the overall labor market. The number of temp positions began declining in December of 2000, ahead of the total job count in March 2001 during the dot-com bubble. A similar dynamic existed before the global financial crisis. A period of job loss in 2023 is a possible outcome of the Fed’s rate hikes.