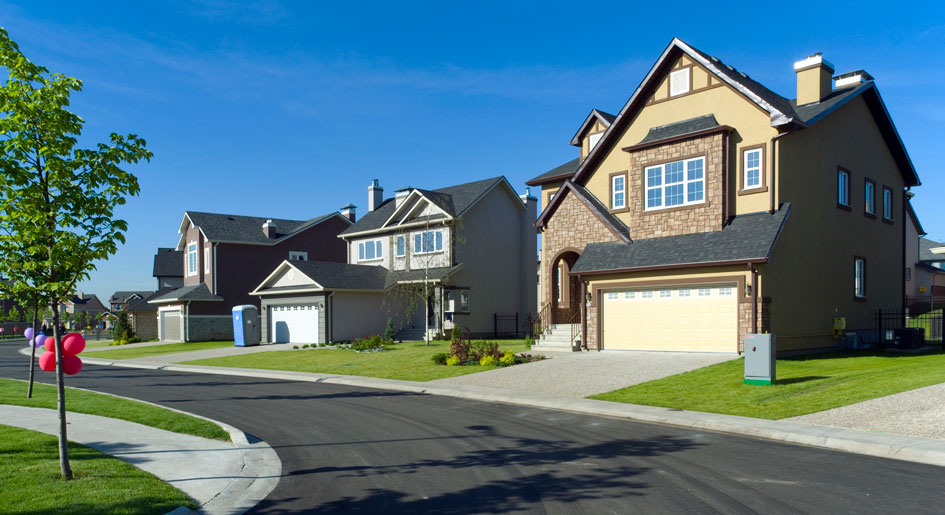 Home Listings Notch 20-Month High, yet
Remain Just Half of the Long-Term Average

Rates resume climb, further cooling the market. After briefly dipping below 5 percent in early August, the average 30-year fixed-rate mortgage is surging again. Following the Federal Reserve’s fourth interest rate hike this year at the July meeting, the average 30-year mortgage rate reached the mid-5 percent band in the last full week of August. The measure is quickly approaching the 2022 peak of 5.8 percent set two months earlier in June. Higher borrowing costs have created challenges for potential homebuyers this summer. Home purchases have declined for six consecutive months, with the July tally down 19 percent year-over-year. As a result, more houses were available for purchase across the U.S. than in any period since November 2020. Given the revived upward pressure on mortgage rates and the likelihood of additional Fed rate hikes before year-end, this may continue to impact the market in the near term. 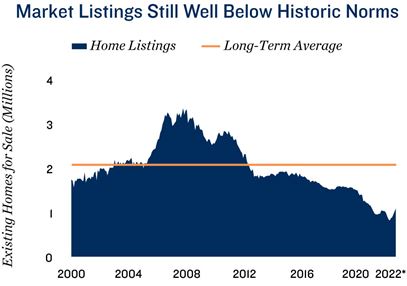 Sellers adjust expectations, but affordability remains a barrier. The steady rise in home listings, as higher mortgage rates and elevated prices limit the number of households that qualify to purchase, is coaxing some sellers to recalibrate. The median price of an existing home fell for a second straight month in July to $394,400. Despite this decline, the measure is still up 11 percent year-over-year and 37 percent above the pre-pandemic mark. Because the magnitudes of these recent price drops have been relatively mild, any relief for potential buyers is being offset by rising borrowing costs. This will sustain the rental sector, as a growing number of residents are priced out of ownership.

Reduced mobility may prompt home improvement. Fewer houses are selling, and many homeowners are likely content staying put in the near term as they are locked into lower-rate mortgages. This could encourage some homeowners to improve their current living situations, potentially aiding retail segments like furniture, electronics, building and gardening materials. Self-storage could be utilized as households outgrow their living spaces.

Housing starts edge down, despite healthy permit activity. The number of residential project starts fell to a 17-month low in July, down 8 percent year-over-year. This comes just a few months after residential permits hit a 15-plus year high, a signal that developments are stalling or dropping out of the pipeline entirely. On the multifamily side, the amount of apartments that received authorized permits but had not broken ground grew from about 100,000 units in July 2021, to nearly 150,000 units in the same month of 2022. Financing hurdles amid rising interest rates are a new obstacle, adding to persistent labor and material shortages that have impeded construction during much of the pandemic.

Newly-built home market is becoming oversaturated. In July, the volume of single-family homes under construction listed on the market climbed over 30 percent year-over-year. Meanwhile, the number of these types of houses that sold fell 40 percent from the prior year. As a result, the months’ supply of homes under construction at the current sales rate eclipsed 18 months, a threshold not reached since 2009, a notable period of housing instability.