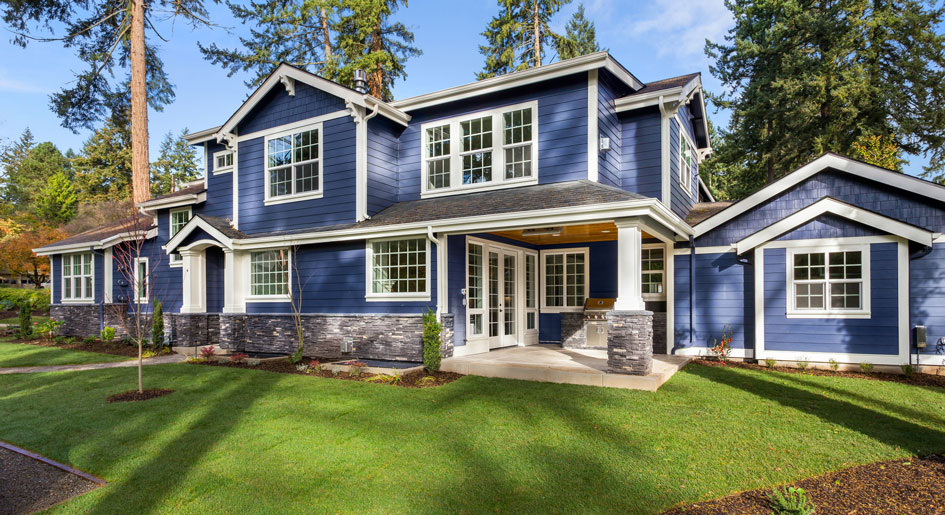 Sequence of rate hikes decay housing affordability. In late July, the Federal Reserve again lifted the overnight rate by 75 basis points to a target range of 2.25 to 2.50 percent. This will likely apply additional upward pressure to mortgage rates, with the 30-year fixed-rate already climbing more than 200 basis points this year to 5.3 percent at the end of July. Higher borrowing costs amid towering home prices make ownership difficult for a growing share of the population. As of June, the estimated affordability gap, or the difference between a monthly payment on a median priced home and a rent obligation, in the U.S. surpassed $1,000. That margin was about half as large just 12 months earlier, demonstrating how the relative affordability of apartments is improving, despite robust rent growth. For some markets, however, higher home and rent costs amid inflation is slowing demand. 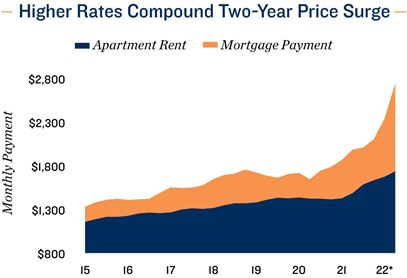 Demand cools in some pandemic-era darlings. Both the number of homes sold and apartment units absorbed fell in the second quarter, a signal that household formation may be moderating. This contraction occurred during the same three-month span in which more than 1.1 million jobs were added, a process that typically supplies residents with incomes and the stability to form households. More renters are likely opting for roommates or moving back in with family. These trends are most evident in the secondary and tertiary metros in the Sun Belt that led the nation in net absorption during 2021. After such a heated pace, this cooling of demand is giving supply a chance to catch up.

Resident bases are reshuffling. Among the 30 U.S. metros that topped the nation in net apartment absorption during the second quarter, about half had an average effective rent at least 25 percent below the national mean. Places such as Huntsville — situated within 200 miles of Nashville and Atlanta — recorded its highest quarterly absorption on record. Lower-income residents priced out of larger metros in the region, and migrating households seeking less costly living options with proximity to bigger cities may be moving in. Relatively affordable Midwest metros like Madison, Omaha and Des Moines also had strong second quarters.

Household creation may be hindered in the second half. Coming off a record year in 2021 when more than 1.3 million new U.S. households were formed, a near-term slowdown is materializing. Approximately 85,000 fewer households were created during the first half of 2022 compared to the same six months of last year. The housing shortage contributed to this, as a lack of available homes and rentals kept some young adults living at home or in roommate situations. Rental vacancy and single-family home listings remain very low, enforcing a persistent constraint on household formation. In the coming months, economic headwinds and growing affordability challenges could inhibit young adults’ ability to find jobs and willingness to move out on their own.

Streak of monthly home price rises ends. The median sale price of an existing home fell 1 percent month-over-month in June, the first reduction since mid-2020. Sellers are adapting to the new environment, with purchase activity down almost 13 percent year-over-year. Even with the abatement, the median cost held above $400,000 in June, up 39 percent since the onset of the pandemic.