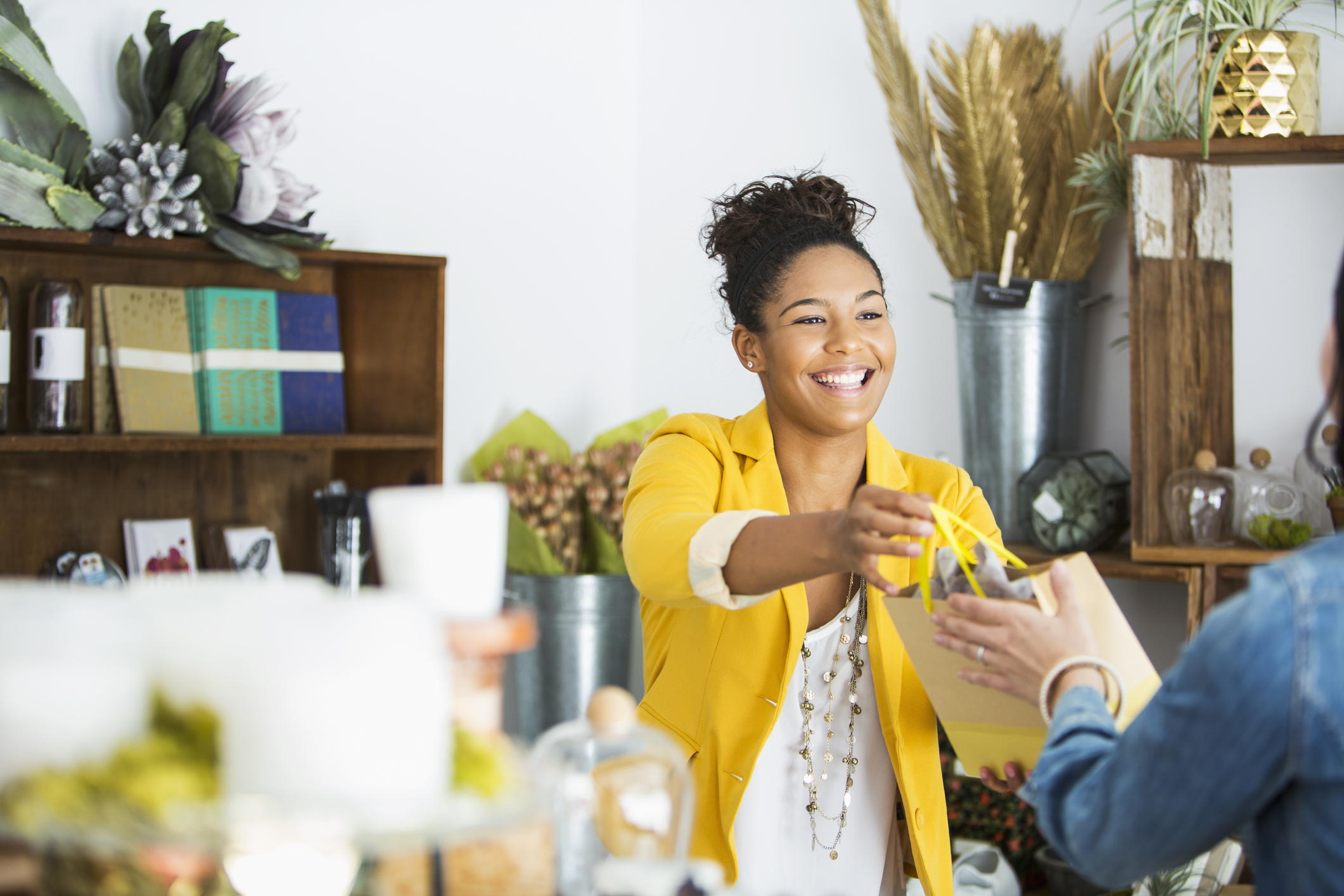 Core retail sales reverse course in August. Shoppers remained active at the end of the summer, driven by online spending and back-to-school sales. Overall, core retail sales increased by 2.0 percent between July and August, largely due to an increase in nonstore spending of 5.3 percent. More people stayed home in some areas of the country to avoid the challenges associated with the much more contagious delta strain of COVID-19. Others kept away from restaurants, funneling funds into grocery stores, which saw a 2.1 percent rise in receipts during August. Fortunately, positive cases have begun to decline across the South, so more service-oriented spending could occur in the coming months. 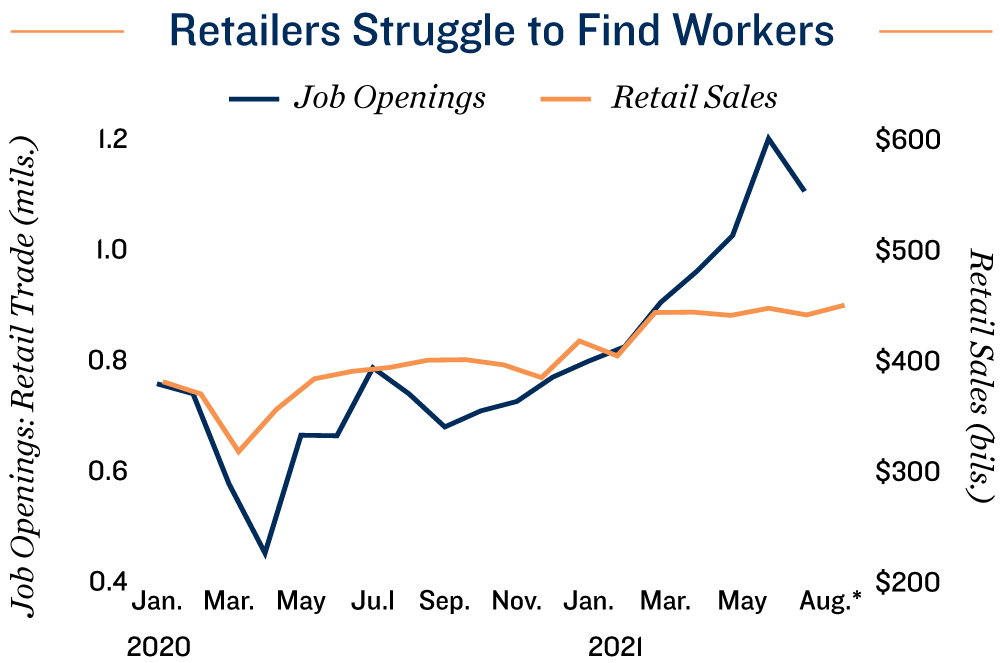 Retail real estate well-positioned for recovery. Although many smaller retailers struggled through the recession, the overall market has remained resilient following the downturn. The national unemployment rate has fallen to 5.2 percent, indicative of an improving employment situation. Many retailers are having difficulty filling positions in the current environment. In July of this year, 1.1 million retail trade jobs were available, highlighting the need for more workers. Beyond fueling a need for new hires, the reopening economy also reversed the course of retail vacancy in the second quarter. The availability rate dipped 10 basis points in the spring period to 5.6 percent, 60 basis points above the level recorded in the first quarter of 2020.

Recent home sales benefiting retailers. The pace of single-family housing acquisitions remained strong over the summer, which spurred purchases at furniture stores in August. During the month, sales at such establishments were up 3.7 percent relative to July and 15.6 percent above the same period last year. Spending at building material stores also climbed 0.9 percent last month as new homeowners began to make improvements on their houses. Elevated prices and softening demand for homes could curb future spending in these sectors, however, as fewer buyers are able to enter the market. The outlook in the single-family housing sector remains mixed as interest rates tick higher.

Vaccination rates could present headwinds. Due to the rise in cases, many consumers have curtailed their visits to local retailers. Some locations have reestablished restrictions to stop the spread of the virus, including the nation’s largest cities. One of the new requirements is a vaccine passport in New York, San Francisco and Los Angeles. Although it is unclear how much the mandate will impact retail sales, the unvaccinated portions of those populations are locked out of visiting many retailers in the near term.

Upside potential persists. Despite the challenges presented by the rise in cases, the improving economy points to a positive retail sales market in the coming months, including a strong holiday shopping season. A shift to more service-orientated spending may flatten the pace of retail sales growth going forward, though overall sales should remain strong as consumers shift to purchases related to a reopening economy. Office and school supplies are going to be in greater need due to workplace and school openings.