Housing Construction Pushes Toward a Record; Still Not Enough to Meet Demand 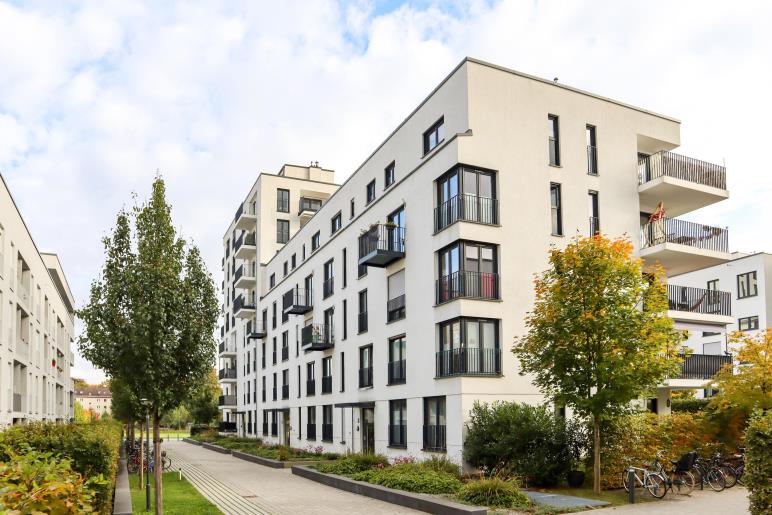 Tight multifamily vacancy supports permit surge. Across the residential sector, permit activity climbed in August. The rise was mostly attributed to multifamily, as filings for single-family houses remained relatively in line with preceding months. Meanwhile, apartment permits soared 15 percent month over month, reaching the highest level since June 2015. Greater construction is warranted by extremely tight vacancy, as apartment availability in June fell below 4 percent for just the second time in the past 20 years. Preliminary data points to additional downward vacancy pressure in the third quarter, reiterating the housing shortage and putting upward pressure on both rents and home prices. 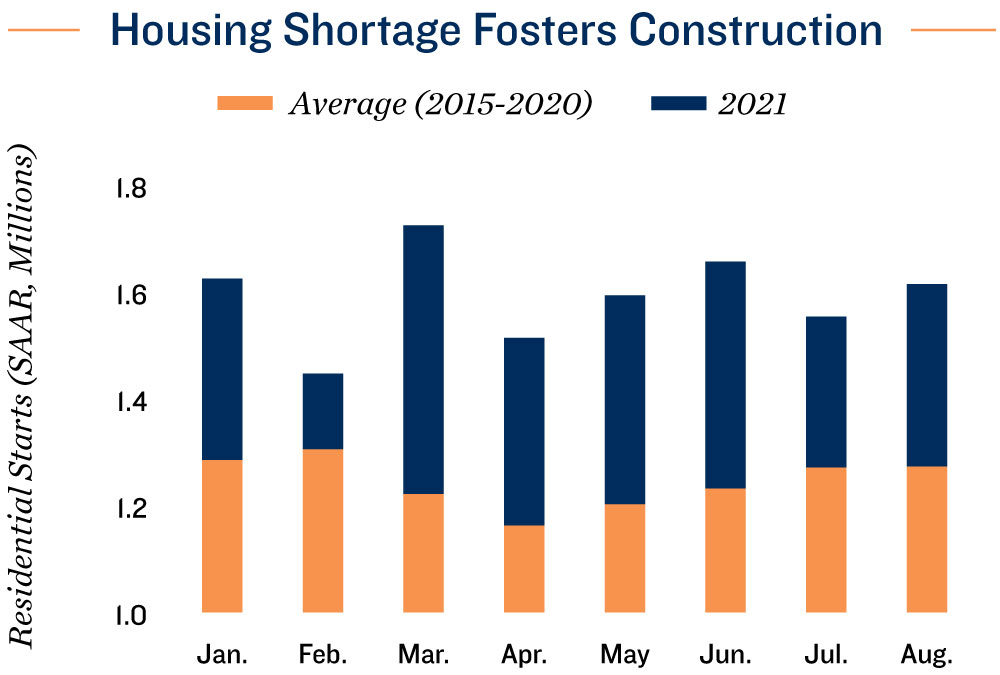 Large 2022 pipeline imminent, but ceiling is capped. Residential starts in August were up year over year, even as single-family groundbreakings tapered over the past few months. The 53 percent annual advance in multifamily starts spearheaded the rise. Some previously stalled developments pushed forward as the lumber price index retreated by 36 percent over the past two months. Still, the cost of lumber remains 30 percent above the pre-pandemic level. Elevated material costs and labor shortages limit the potential supply output next year, but recent permit activity and starts signal a weighty pipeline nonetheless. Early forecasts project 400,000 apartments will finalize, while the single-family addition will be the largest since 2006.

Builders face tall task in catching up with demand. Despite multifamily completions in 2022 expected to be a 40-plus year record, oversupply concerns are mostly absent. Instead, the new supply will continue to lag demand as the aging millennial cohort drives robust household formation. The U.S. is expected to add 1.5 million additional households next year, given there are enough residences available to support the demand amid a housing shortage. Apartment vacancy sits at a historical low, and demand for single-family homes has consistently outpaced supply, driving inventory down and pushing up prices. The influx of apartments next year is especially crucial as these will provide living options to those priced out of homeownership.

Existing home landscape shows early signs of normalization. While the volume of existing homes listed on the market in August was still 30 percent below the 2019 monthly average, the count has increased in every month since April. More homeowners are selling as they make life changes after plans were put on hold during the pandemic. Additionally, the price trajectory has eased from 7.4 percent growth during the first four months of this year to a 2.6 percent gain in the subsequent four months. The abatement is potentially influencing owners waiting to maximize sale value to now list their homes on the market.

Construction costs stabilize after months of gains. The index tracking overall construction costs held firm from August to September of this year. Prior to flattening, the index rose by at least 1 percent on a monthly basis in every period starting in May. Since the beginning of the pandemic the index jumped by more than 9 percent. The stabilization in September is welcomed by developers eager to push projects forward. The moderation of costs may also persuade new construction across various sectors of commercial real estate.