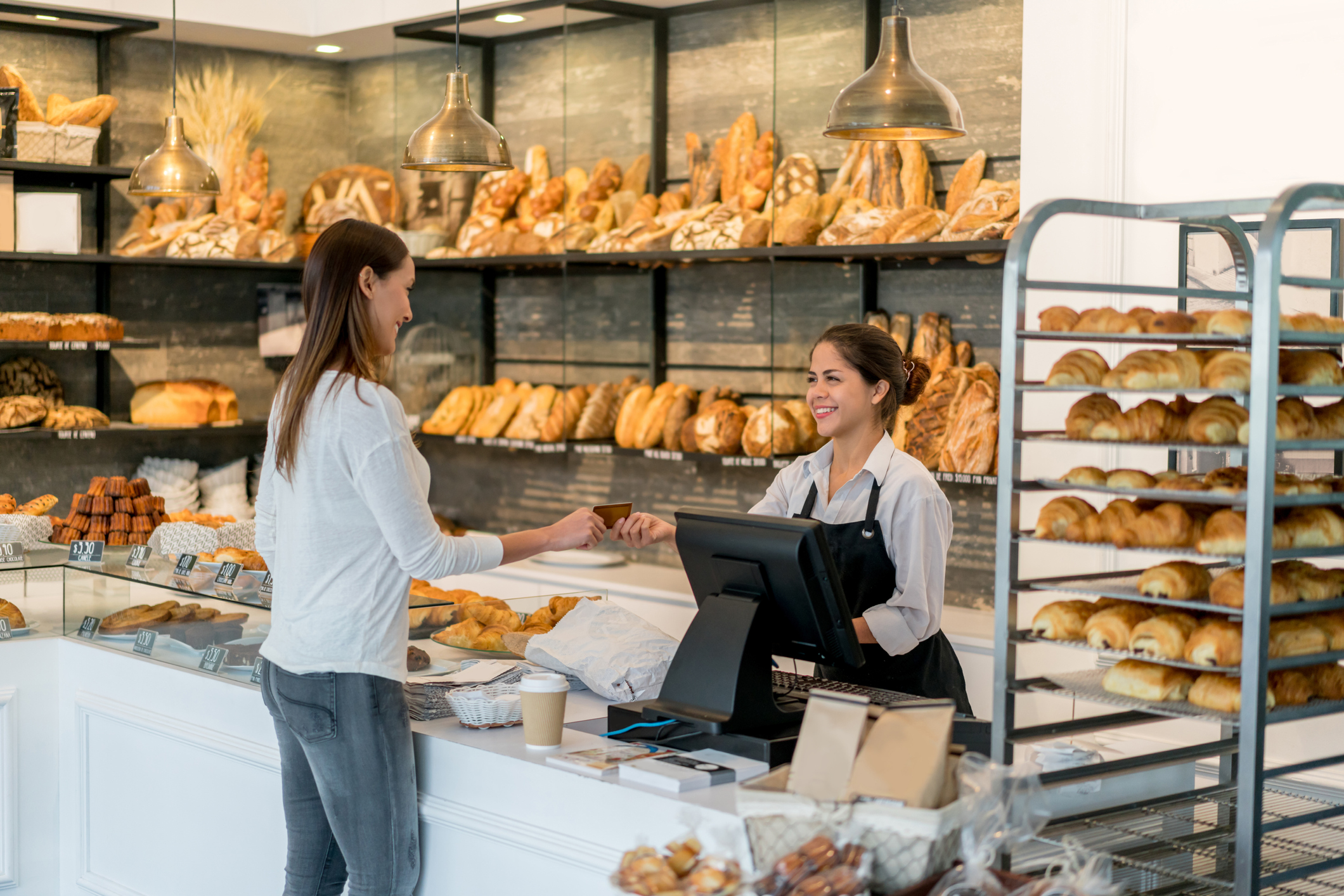 Consumers tapped brakes on spending last month. Core retail sales dipped 0.7 percent on a monthly basis in July. Flattening consumer confidence likely indicates that the increase in coronavirus cases due to the delta variant is impacting shopping behavior. Clothing store sales, for instance, declined 2.6 percent last month, while department stores reported a 0.3 percent decline. The termination of federal unemployment benefits in roughly half of U.S. states may have also impacted retail sales in July. At least some of the 8.7 million unemployed Americans likely tightened their belts, contributing to last month’s pullback in consumer spending. Although July was a relatively soft month for consumers, core retail sales are up 13.8 percent annually and 16.6 percent from the pre-COVID-19 level, which largely mitigated the negative impact on retail asset performance through the health crisis. 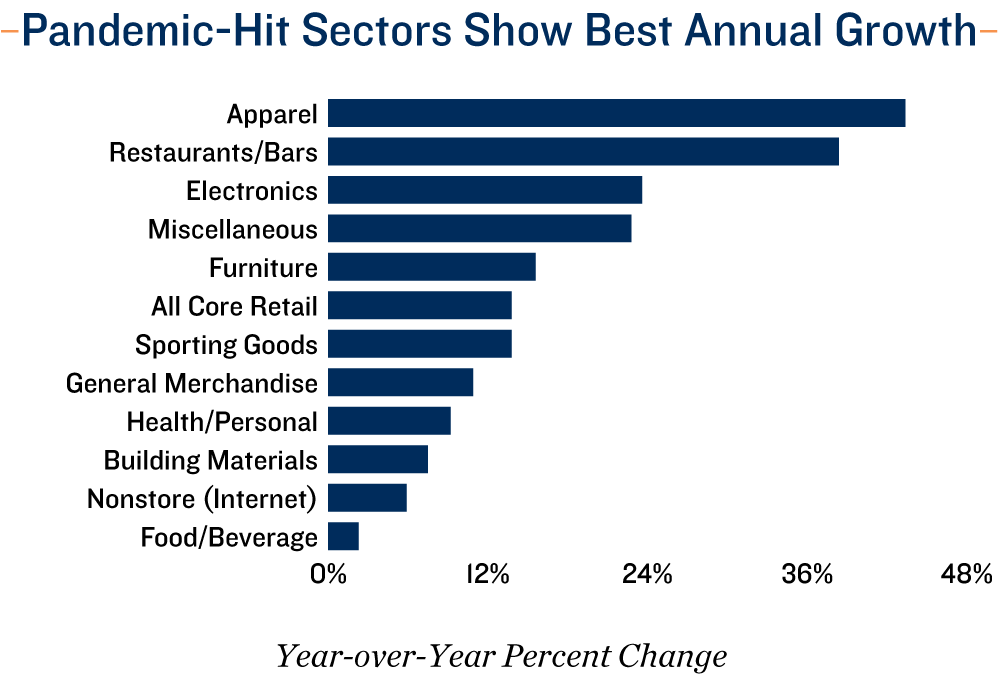 Restaurants a bright spot for sales. Diners showed little hesitation in July, pushing spending at eating and drinking places up 1.7 percent for the month, and 38.4 percent annually. The renewed interest in dining out is paying partial dividends for single-tenant properties. National vacancy turned around during the second quarter, falling 10 basis points to 5.2 percent. Prior to the recession, the rate was 4.8 percent. The average asking rent jumped 1.3 percent in this year’s spring period to $20.75 per square foot.


Inflation weighs on several sectors. Rising energy prices continued to fuel an increase in sales at gasoline stations last month, where spending increased 2.4 percent, the second largest advance. The higher gas prices are likely detracting from retail sales in other sectors. Additionally, motor vehicle and parts dealers were the largest drag on total retail sales last month as available inventory remains a challenge, which kept buyers on the sidelines. Overall, the segment recorded a dip of 3.9 percent, though it remains 15.7 percent above year-ago levels. Moving forward, transportation related inflation should abate as supply chains are reestablished, lifting some of the pressure off consumers in the coming months. Along with housing, transportation sector inflation accounts for 80 percent of the rise.

Vaccine passports gain momentum. Two of the nation’s largest cities, New York and San Francisco, have implemented vaccine mandates that will limit access to most retailers for those who are not vaccinated. The movement is gaining momentum from both the public and private sector. Los Angeles is considering a similar mandate, while the Las Vegas Raiders have issued their own restrictions. The impact on retail sales could be significant in localized areas if residents remain vaccine hesitant.

Health crisis emergency measures ending. Without an extension, the federal unemployment benefits expire nationwide on Sept. 6, which will remove income from millions of people out of work. However, this situation may be temporary due to the availability of more than 10 million jobs across the country. The other condition that is emerging is the eventual CDC eviction moratorium coming to an end. Tenants searching for new accommodations will be faced with significantly higher market rents in today’s market, eroding discretionary income.