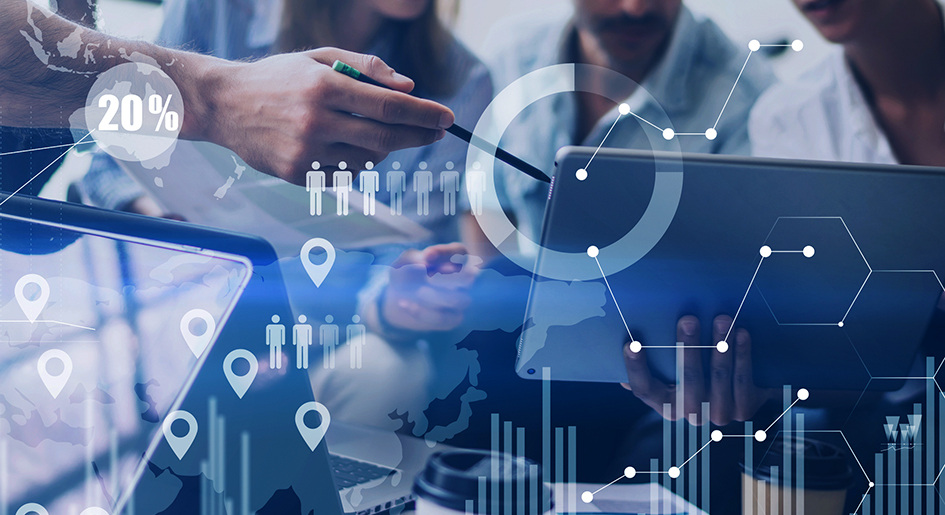 Growth remains steady. In the second quarter, the economy expanded 6.5 percent on an annualized basis. Gains would have been larger but supply-chain challenges and a labor shortage hamstrung improvement. Those issues should be transitory, however, as amplified federal unemployment benefits sunset in September. In May, 9.2 million jobs were available nationwide, the highest level on record. Additionally, the national eviction moratorium may expire soon, which could encourage more workers to reenter the workforce. Supply-chain difficulties should also abate as the world’s economy gains footing in the coming months. Most of the improvements were in personal expenditures as Americans spent stimulus funds across a wider range of spending alternatives. 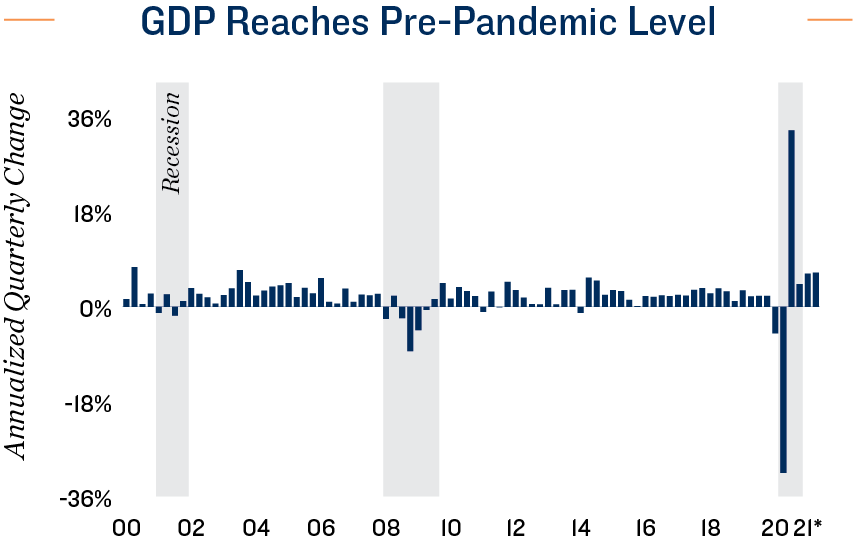 Retail and hospitality are real estate’s biggest beneficiaries. As the economy expands and residents take advantage of more options, retailers and tourist destinations are hosting more visitors. Since February of 2020, core retail sales have soared 16.8 percent, and additional gains are anticipated in the second half of this year. Although some retail space is expected to be vacated in the coming months, most firms that have weathered the downturn thus far are anticipated to prosper. Hotels are beginning to recover as well with travelers taking advantage of the summer travel season. In June of this year, occupancy jumped to 66.1 percent, up from the recessionary low of just 24.5 percent during April of last year. Additional gains are anticipated through the summer and the fall should bring more business travelers, who make up an sizable share of the industry.

Consumer spending drives GDP. Personal consumption grew at an annualized rate of 11.8 percent of GDP last quarter. Services, which had been challenged during the recession, continue to bounce back due to reopening. In the second quarter, services expanded by 12 percent, the largest increase since the first quarter of last year. The largest detractor from GDP was fixed residential development, which declined 9.8 percent last quarter. As inventory issues abate in the coming months through the reopening of global trade, economic growth could accelerate.

Rising COVID-19 cases cloud future. The much more transmissible Delta variant of the novel coronavirus is giving policy- makers pause and could result in future restrictions that temper the economic recovery. The CDC issued new guidance on indoor masking, though the number of states willing to adopt the restrictions is unclear. California, for instance, only urges but does not mandate indoor masking. Deaths due to COVID-19 in the U.S. are approximately half the level they were when the CDC dropped mask recommendations, so vaccines appear to have diminished the correlation between cases and mortality. As a result, most states are likely to be hesitant when considering strict restrictions.

Government spending could amplify GDP. A $1.2 trillion bipartisan bill that will fund infrastructure projects over the next several years could support the publicly financed portion of the economy. In the second quarter, federal spending decreased 5 percent as stimulus capital dissipated, though some of the earlier funds were funneled to local and state governments, which contributed 0.8 percent to economic gains in the spring period.