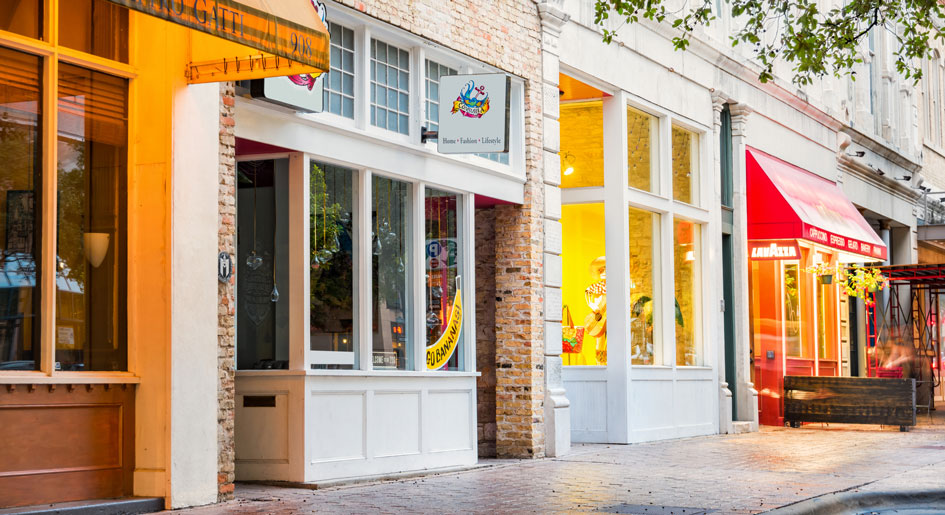 Consumers return with new government cash. Spending in every major sector improved in January, lifting core retail sales 6.1 percent from December and 7.6 percent from one year ago. The arrival of $600 stimulus checks to millions of Americans early last month was the primary catalyst for the jump. Shoppers reversed three consecutive months of declines as most of the CARES Act stimulus had faded from the economy. The $300 increase in unemployment benefits that was passed as part of the omnibus spending bill in late December will continue to support consumer spending through March, when a new COVID-19 relief bill is expected to be in effect. 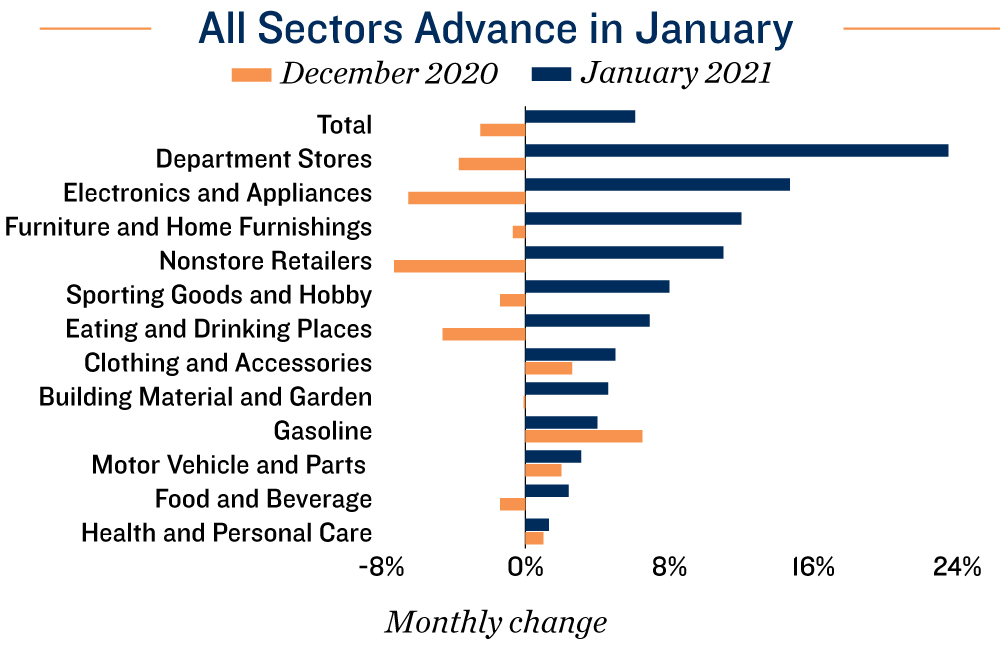 Retail properties set to benefit from vaccine rollout. The number of doses administered daily is rapidly nearing 2 million, while daily positive tests have plunged 67 percent from the winter peak. If these trends persist, more retailers will be able to shift operations closer to normal capacity. In the meantime, tenants can rely on a fresh round of Paycheck Protection Program funding. The lifting of the strictest restrictions on restaurants in New York and California helped support an increase of 6.9 percent in sales at food services and drinking places. The survival of these businesses will play a critical role in retail vacancy, which increased 70 basis points to 5.6 percent in 2020.

Details of $1.9 trillion spending bill coming into focus. A $1,400 stimulus check for millions of Americans is one of the most concrete additions to the bill. Qualifying income levels for the next round are expected to be lower, though the recipients are likely to spend more quickly due to smaller savings reserves. A lift in weekly unemployment benefits from $300 to $400 extended into the fall or potentially beyond will continue to push cash into the economy and support retail spending.

Some proposals present a challenge for retailers. The inclusion of a $15 per hour minimum wage would dramatically elevate labor costs for many tenants with already-thin margins or in lower cost-of-living areas. As retailers adjust to remain competitive with online options, some smaller businesses may need to vacate or downsize space to manage overhead. Areas that have already moved closer to the elevated minimum wage will be further insulated from the change, though no state currently meets the proposed rate.