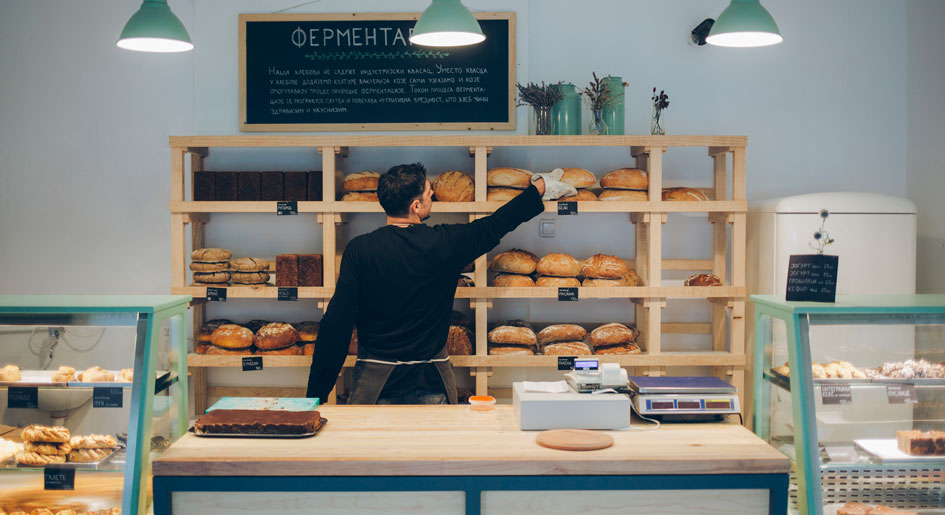 Inflation falls to slowest pace since the start of the year. Headline CPI increased 7.7 percent over the 12 months ended in October, the smallest year-over-year increase since January 2022. While a notable deceleration compared to recent months, October’s downshift is unlikely to dissuade the Federal Reserve from raising the overnight lending rate again in December. The Federal Open Market Committee noted in its most recent forward guidance that it is looking for a clear trend of inflation normalizing toward the 2 percent target. Even so, the FOMC has also acknowledged that there is a delay between when monetary policies are put in place and when the economy responds, and last month’s slower price climb, paired with an uptick in unemployment, support a more moderate rate hike. The current expectation is for a 50-basis-point December rise in the fed funds measure, capping the fastest year of increases since the early 1980s. 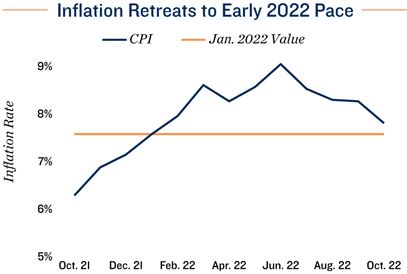 High housing costs reflect long-term apartment need. Over half of last month’s CPI increase was driven by higher housing costs. The rapid ramp-up in single-family home prices over the past few years has stalled recently amid a fervent ascension in mortgage rates, yet the combined result is the same — substantially higher barriers to ownership. While multifamily rents have also climbed notably since 2019, the pace is about half that of the typical home payment. Apartments continue to offer living cost and lifestyle advantages that appeal to the aging millennial generation, as well as up-and-coming Gen Z. In recognition of these housing needs, multifamily construction activity is set to hit a record magnitude next year. While the new supply is warranted in the long-run, in the short term it will drag on fundamentals, especially as high inflation and rising interest rates weigh on economic outlooks and prompt more households to stay put in 2023.

Climbing interest rates constraining trades. The Fed’s inflation response is leading to a pricing recalibration across most property types and markets. Expectations between buyers and sellers have widened, while lending criteria have tightened, contributing to a slowdown in commercial real estate transaction velocity. Once interest rates stabilize, however, investors and lenders will be better able to determine valuations and move forward on trades. In the interim, the dynamic environment fostered by the Fed could lead to unique options for buyers, who may face less competition now than when rates plateau.

October’s inflation offers mixed outlook for retail real estate. The food price index climbed more slowly last month than in September, due to some cheaper items found in grocery stores, a helpful factor for shopping centers anchored by these vendors. Meanwhile, prices at restaurants have kept a consistent pace, but have risen less overall than at grocers. In contrast to the food segment, gas prices increased in October, ending three months of declines. Higher energy bills will, in turn, affect consumers’ decision making as they enter the critical holiday season. Nationally, retail vacancy has continued to tighten, and rent growth has improved over the course of this year.

Core shift may foretell growing disinflation factors ahead. In a positive change from the last few months, core CPI inflation — which excludes the food and energy categories — also decelerated last month, in conjunction with the headline metric. Outside of a faster jump in housing costs, the prices for some commodities fell in October, including apparel and used motor vehicles, as well as the fees for certain medical services. These may be early signs that less disrupted supply chains are alleviating some of the structural drivers of inflation.