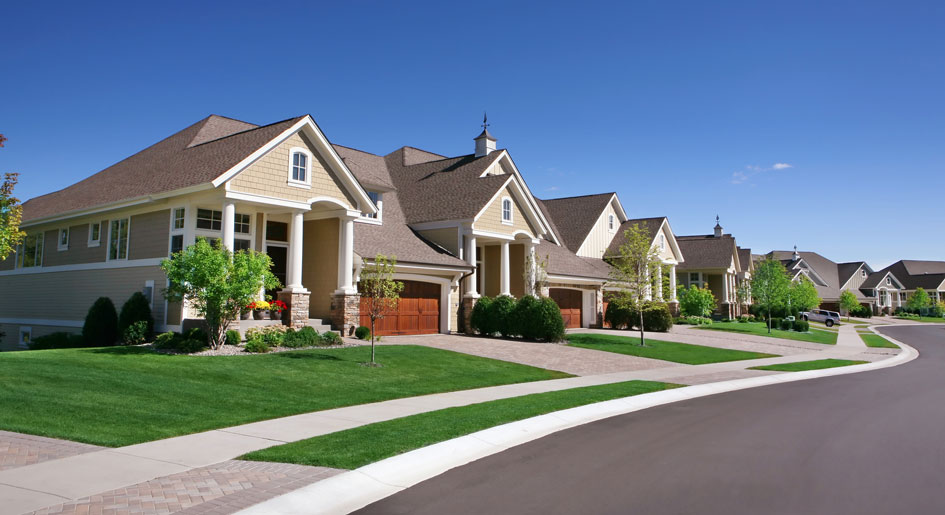 Home purchases and prices stay on the descent. In the wake of the Federal Reserve’s fifth interest rate hike so far this year, borrowing costs for houses have skyrocketed. The average 30-year fixed-rate mortgage more than doubled since the beginning of 2022, surpassing 6 percent in September. Potential homebuyers are increasingly staying on the sidelines in response, with sales of existing homes plunging to a 27-month low this August. Weaker purchase activity, and ultimately more homes remaining on the market for longer, is coaxing some sellers to ease listing prices. The median cost of an existing single-family house fell for a third straight month in August to $384,500. Developers have taken notice and have trimmed the future pipeline, with higher interest rates also influencing their capacity. The slowdown in development may align with the current environment of a cooling housing market, however, it could exacerbate the shortage longer term. 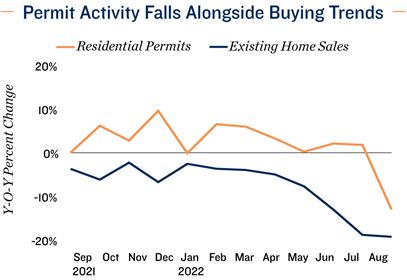 Construction permits drop to a two-year low. Multifamily and single-family early-stage development is trending down, evidenced by permit activity for both segments falling at least 9 percent year-over-year in August. In the case of single-family, permitting shrunk to a 26-month low, from an already tempered building pace relative to historic cycles. With economic headwinds mounting, this should help brace the sector. However, looking further out, an aging millennial cohort will fuel robust housing demand, with more than 9 million new U.S. households projected to form over the next decade. Amid single-family home shortages and the related affordability barriers, more residents will turn to apartments, warranting new supply to keep pace with demand.

Long-term rental tailwinds present, but not without hurdles. Demographic and single-family housing trends signal a favorable outlook for apartment demand over the next decade, but the sector will endure some turbulence in the near term. The Federal Reserve’s intent to lift joblessness and cool the economy will likely press down on household creation and rental demand. Multifamily vacancy is expected to return closer to pre-pandemic levels by year-end, after notching a historic low in the first quarter of 2022.

Muted refinance activity may have consumption implications. As the average 30-year fixed-rate mortgage approached the mid-6 percent zone in late September, refinance activity plunged. The weekly survey from the Mortgage Bankers Association showed an 84 percent decline in the Refinance Index from one year ago, running at a two-decade-low pace. The recent surge in mortgage rates has deterred homeowners, many of whom already refinanced when rates were lower in 2020-2021. This could weigh on spending in select segments as fewer households utilize cash-out refinances. Freddie Mac estimates around 50 percent of these funds are used for home improvement, buying a car or cash savings.

Material prices show signs of settling. In August, an index tracking construction costs across a variety of materials inched up less than 0.1 percent, about one-eighth of the average pace recorded from January through July. Lumber was the primary cause behind this weaker growth, with the cost index of this material falling 3 percent month-over-month and 30 percent from the 2022 peak back in March. This may aid development in some CRE sectors.