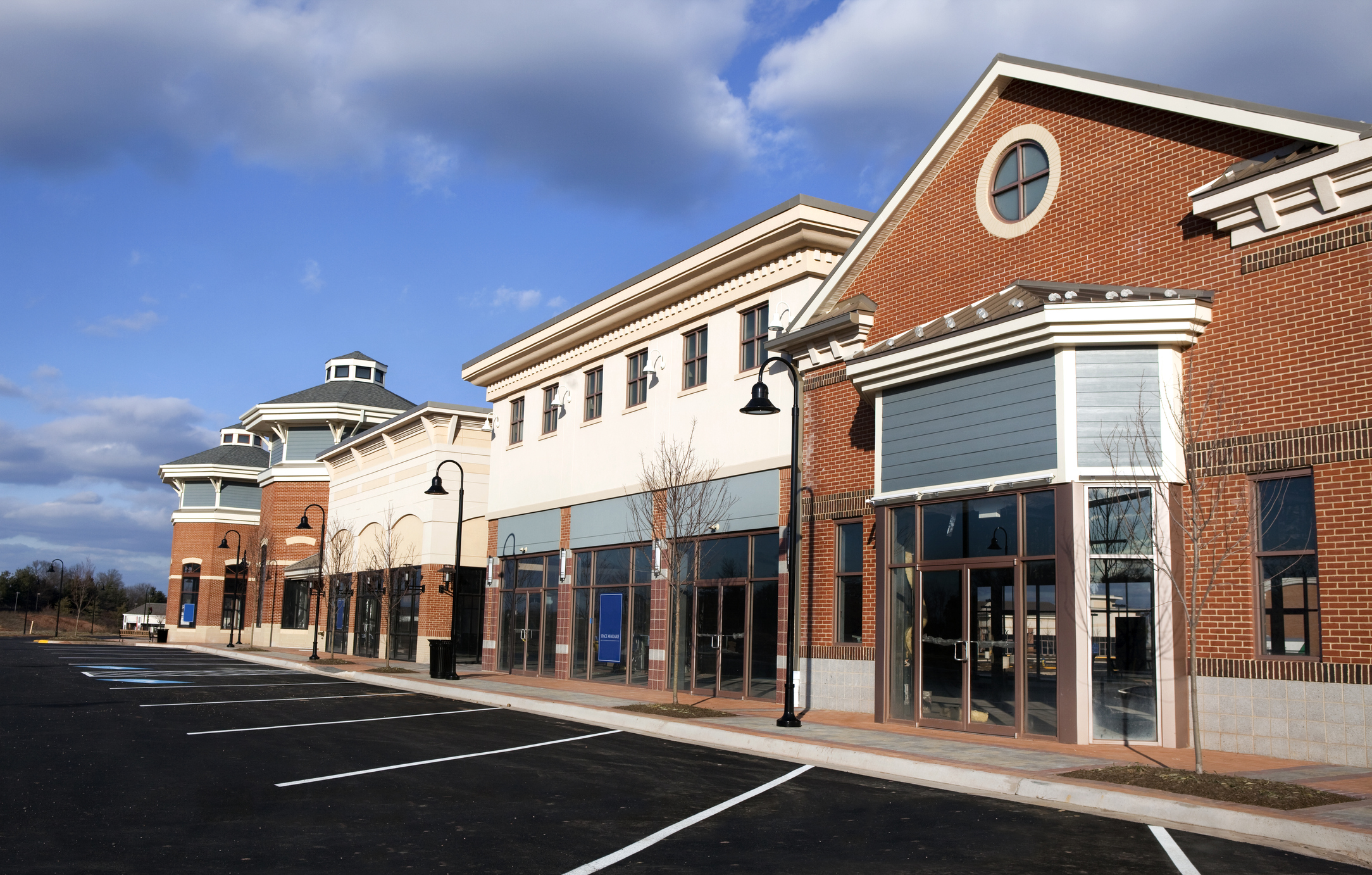 Elevated inflation and Fed response impact shopping. Overall retail sales were flat last month, against 0.4 percent headline CPI inflation, indicating that spending in real terms declined. Amid higher prices, steeper borrowing costs, and concerns over an impending economic slowdown, more households are further scrutinizing their spending. Consumers are placing a greater emphasis on necessities such as food, while holding off on larger discretionary items, in particular furniture and electronics. Having made ample purchases of these goods during lockdowns, many households are now focusing funds elsewhere. One sector where sales have kept ahead of climbing prices is at bars and restaurants, performance that brightens the outlook for single-tenant retail. 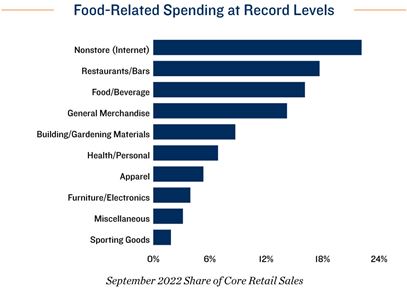 Openings signal confidence in future patronage. Spending at bars and restaurants has advanced 11.4 percent over the past 12 months, against a food-away-from-home inflation gauge of 8.5 percent. This discrepancy indicates individuals and families are dining out and socializing much like before the pandemic, despite higher prices and fuel price volatility, and may be reluctant to curb their behavior moving forward. A collection of dining establishments appear confident in future consumer demand, as a net of nearly 14,000 restaurant openings were recorded during the first eight months of this year. These expansions contributed to the absorption of more than 9.7 million square feet of restaurant and fast-food space during the 12-month interval ended in September, activity that reduced subsector vacancy to a tight 3.3 percent.

Students aid spending at clothing stores. Expectations for back-to-school purchasing to notably surpass 2019 spending levels have been met. Sales volume at apparel stores elevated to a record tally in September, while department stores recorded the largest month-over-month gain among retail segments at 1.3 percent. Vendors in these segments may attempt to prolong this momentum and appeal to budget-conscious consumers by offering holiday sales earlier than in prior years.

Seasonal hiring commences amid labor shortage. The number of retail trade jobs in the U.S. exceeded the pre-pandemic recording by 260,000 positions at the onset of September. A national unemployment rate of 3.5 percent suggests a general lack of labor supply exists moving forward. Nevertheless, national retailers appear intent on bolstering staffs to handle the holiday rush. Target and Walmart are expected to hire a collective 140,000 workers, with most positions being seasonal. Staff additions by these and other vendors may push the retail job count to a record mark.

Single-tenant leasing improves. Encouraging spending at restaurants, bars and grocery stores is heightening demand for available space. Preliminary leasing data from the third quarter shows single-tenant executions increasing from the prior two quarters, with restaurant and fast food-related commitments leading the way. Improving demand and an active pipeline that equates to 0.1 percent of existing stock suggest single-tenant vacancy may match its prior low of 4.4 percent before year-end.