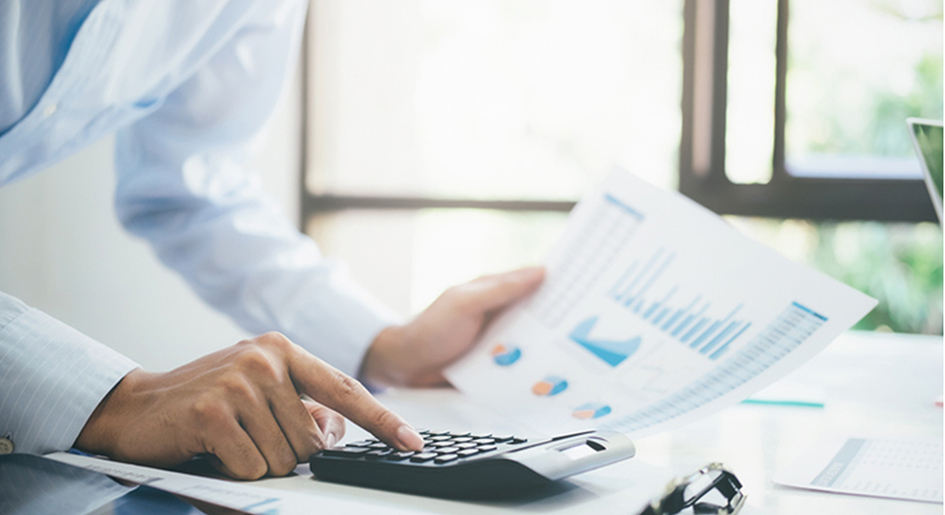 Real GDP Climbs Above 2021 Level, but
Signs of Future Slowdown are Prevalent

Growth in GDP returns for the third quarter. Real gross domestic product increased by a 2.6 percent annualized rate in the third quarter, reversing the declines posted in the first half of the year. This turnaround was predominantly driven by improved net external trade, as exports rose 14.4 percent and imports fell 6.9 percent, a dynamic that is unlikely to continue. Economic concerns abroad and a strong U.S. dollar will weigh on export activity, while the drop in imports — a benefit to the GDP calculation — is nevertheless a signal of weakening domestic consumer demand. Other GDP contributors fell, most notably a 26.4 percent drop in fixed residential investment. Paired with less anticipated government spending, these signals point to more temperate GDP growth in the coming quarters. 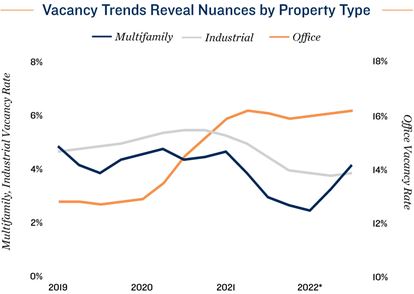 Residential sectors undergoing recalibration. The sharp decline in fixed residential investment reflects ongoing challenges in the housing market. While home prices have ceased their upward stride, mortgage rates are climbing rapidly. The average rate on a 30-year fixed mortgage eclipsed 7 percent earlier this month, its highest level since the early 2000s. While these barriers to single-family homeownership will benefit the multifamily sector in the long run by keeping more households renting for longer, the apartment sector is also currently undergoing a normalization. While more rentals were absorbed on net during the year ended March 2022 than in all of 2019 and 2020 combined, leasing has been subdued since. After pandemic-incited lifestyle changes, higher rents and economic uncertainty are now keeping more households in place, contributing to higher vacancy and slower rent growth in the property type for this year.

Less business investment leading to slow office return. While business investment improved by an annualized 3.7 percent last quarter, that spending was focused entirely on equipment and intellectual property. Investment into buildings fell 15.3 percent, continuing a trend that began in April 2021. This mindset is reflected in the office sector, where vacancy rose to an estimated 16.1 percent in September, up 340 basis points from the 2019 mark. Leasing is not keeping pace with completions, as many companies opt for a smaller footprint.

Elevated inventories to affect imports and industrial space. Weighing on import activity is the heightened level of inventories many retailers are currently holding. Health crisis shipping disruptions necessitated added stock, which bolstered the need for warehouses, but as consumer demand tempers and seasons change, many vendors are now looking to off-load product. As such, goods imports for the holiday season may fall below normal, and use of warehouse space could lighten. The overall industrial vacancy rate inched up to an estimated 3.8 percent in the third quarter, which is nevertheless below where it was 12 months earlier and is still near the record low.

Economic data could point to slower December rate hike. The Federal Reserve is likely to raise the overnight lending rate by a fourth-straight 75-basis-point margin in November, which would bring the rate to over 3.75 percent. The chance for a smaller, 50-basis-point hike in December is more likely. Despite the real GDP gain last quarter, a slowing housing market and sizable drop in the personal savings rate since 2019 reveal areas of concern.