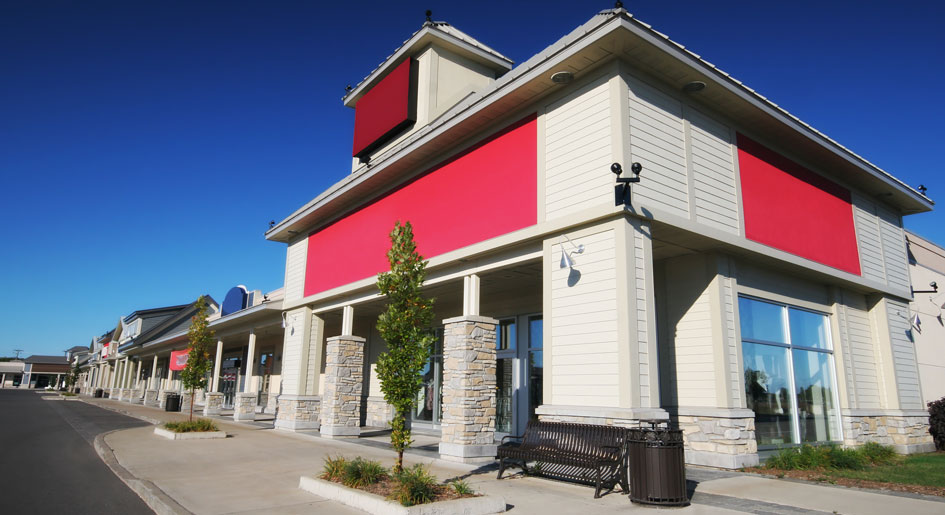 Retailers in suburban areas recovering more quickly. Economic shutdowns and social distancing parameters impaired all retailers, but had the heaviest impact on properties in urban corridors. Not only were health precautions often more stringent in these settings, the shift of many normally office-bound employees to remote work led to a sharp drop in daily commuter foot traffic.  Newly untethered, many of these workers relocated further away from downtown areas. This, in turn, translated into fewer leisure and business trips into these areas, further weighing on foot traffic. While many of these restrictions are now lifted, tenants in central business districts continue to lag in recovery relative to their suburban counterparts. Multiple factors are behind this divergence, which is having a decisive impact on retailers’ space decisions. 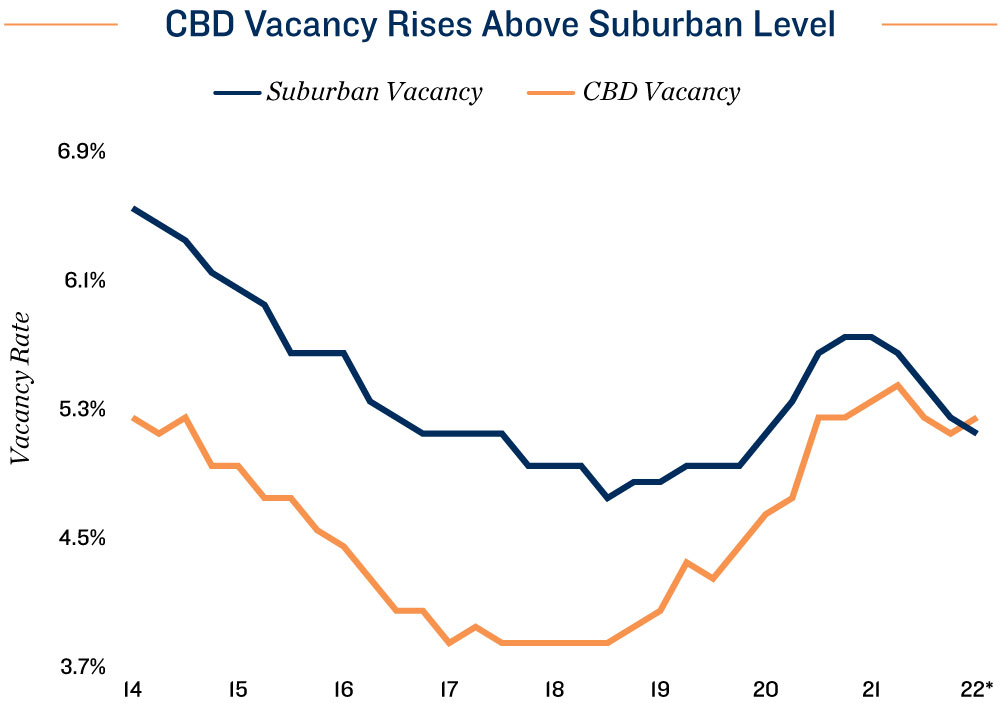 Suburban vacancy drops below downtown rate for first time. Retailers in the suburbs are benefiting the most from improving health conditions. By March, retail vacancy in suburban areas had declined to 5.1 percent, 60 basis points below its recent high. The measure had also fallen below the comparable metric for central business districts for the first time since at least 2007. The CBD vacancy rate in the first quarter was 5.2 percent, just 10 basis points below its pandemic high. Rents are also climbing more quickly for suburban properties, with the average asking rate up 4.4 percent annually in March, relative to a 2.5 percent advance across the nation’s downtowns.

People visiting retailers near where they currently are - at home. A lingering reluctance to return to the office is contributing to the current retail trends. People are going out for errands, morning coffees and meals with friends, but they are doing it closer to where they live, rather than by the offices they visit less often. Evening events are resuming, but may be less appealing to those who are not already in the area for work. Conditions may improve for urban retailers, though. The CBD multifamily vacancy rate hit a 20-year low in 2021, revealing strong residential demand for these settings, and more companies are now advancing their return-to-office plans.

Long-term population trends favor suburbs. The pandemic is not the only factor influencing retail performance in suburban and urban areas. The millennial generation is aging, with most of the cohort now in their 30s or 40s. As members of this group get older, more of them are growing their households, driving a need for larger living spaces in more affordable suburban neighborhoods and less costly markets, including many in the Sun Belt. This trend is not new, nor is it going away anytime soon. Retailers are taking note and adjusting strategies accordingly.

Major brands adapting to suburban outlook. Given the pandemic and demographic trends at play, more retailers are refocusing on suburban areas. Starbucks is developing more drive-thru locations near where people live and closing some CBD spots. Commonly associated with bustling city centers, grab-and-go services are also coming to the suburbs, including some from Amazon Go. Restaurateurs are also focusing on expanding their delivery systems to reach customers who are farther away. While attention is paid to high-growth migration markets, more established metros are not being overlooked. Smashburger is targeting the suburbs of major East Coast cities, like New York and Washington, D.C., that host sizable local populations.