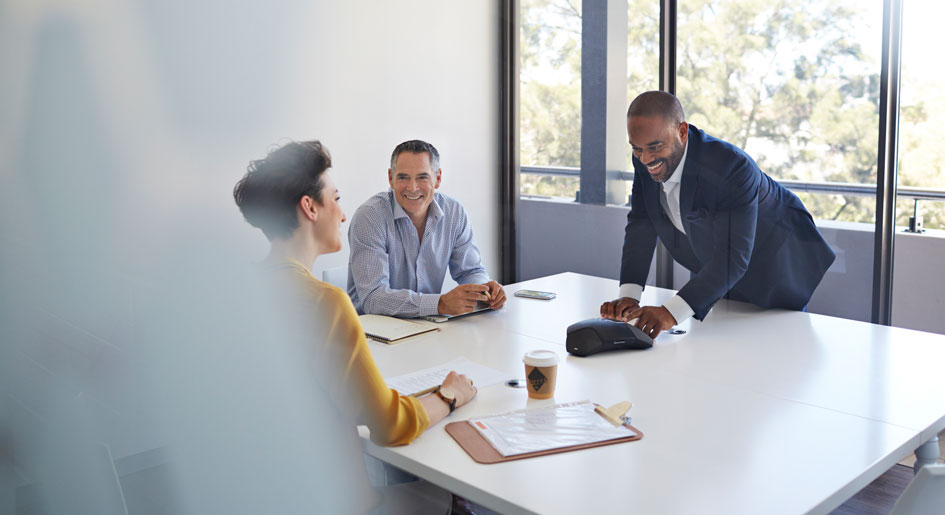 Unemployment steadily tightens. Job creation surpassed 900,000 new positions for the second consecutive month in July, lowering the unemployment rate 50 basis points month over month to 5.4 percent. While above the historically low 3.5 percent unemployment recorded just prior to the pandemic, the measure is still below the 5.9 percent average from 2000-2019. The restoration of 16.7 million jobs has been the driving force behind this drop in unemployment, although the exit of about 3 million people from the labor force is also contributing to the reduced rate. 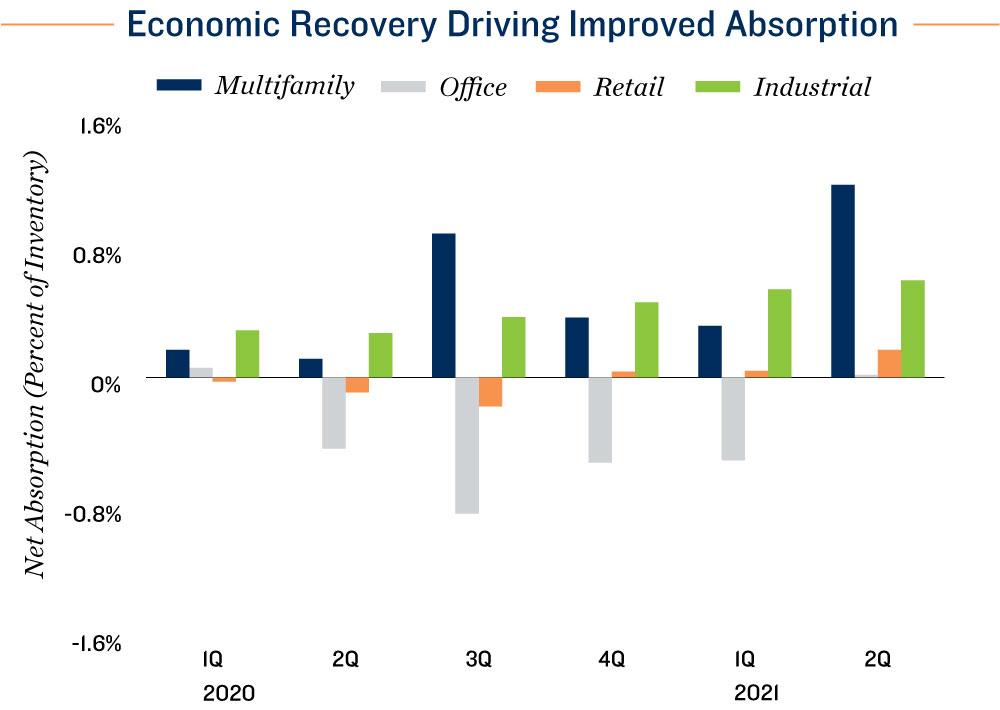 Retail and hotel fundamentals continue to improve. The leisure and hospitality sector again led hiring last month with the addition of 380,000 personnel. Although still 10 percent below pre- COVID -19 staff levels, the industry has been growing by an average of 2 percent per month so far this year. A vaccine-enabled economic reopening has helped many retailers regain their footing after a challenging period, with the net absorption of space achieving a multiyear high in the second quarter. National retail vacancy fell 10 basis points between March and June as a result, after climbing for more than a year. Hotel fundamentals are also improving, with U.S. occupancy reaching 66.1 percent in June, well above the 42.3 percent rate recorded one year earlier.

Multifamily leasing resumes in force. Ongoing employment growth and the resumption of many normal routines bolstered household formation in the spring and summer, leading to a record number of apartments being absorbed in the second quarter. The rapid acceleration of housing demand dropped the vacancy rate 90 basis points year over year to 3.8 percent, just above the two-decade low posted in 2019. Fundamentals are expected to stay strong going forward even as eviction moratoriums phase out in the coming months. The rising cost of homeownership, paired with the return of many employees and students to offices and campuses, will bolster already-high renter demand. Apartments near colleges may be particularly hard to come by, as numerous students have already secured housing for the fall.

COVID-19 variants complicate current outlook. The spread of the Delta variant raises concerns about economic growth in the second half of the year. To date, most government and employer mandates have been tied to vaccination status, with regular virus testing substituting for inoculation in some instances. The availability of both tests and vaccines allows for most people who want or need to travel to do so and more substantial restrictions, such as sweeping shutdowns, are not anticipated. The health crisis is still evolving, however, and the economic outlook is subject to change.

Higher wages, inflation may affect monetary policy. The number of unemployed fell to 8.7 million in July, below the 9.2 million jobs open in May. Competition among employers for applicants is contributing to growth in average hourly earnings, which hit an annual pace of 4.0 percent last month. Rising wages are tied to elevated inflation, with core CPI up 4.5 percent year over year in June, the highest rate since 1991. This inflationary pressure may prompt the Federal Reserve to begin tightening policies in 2022 or possibly earlier.