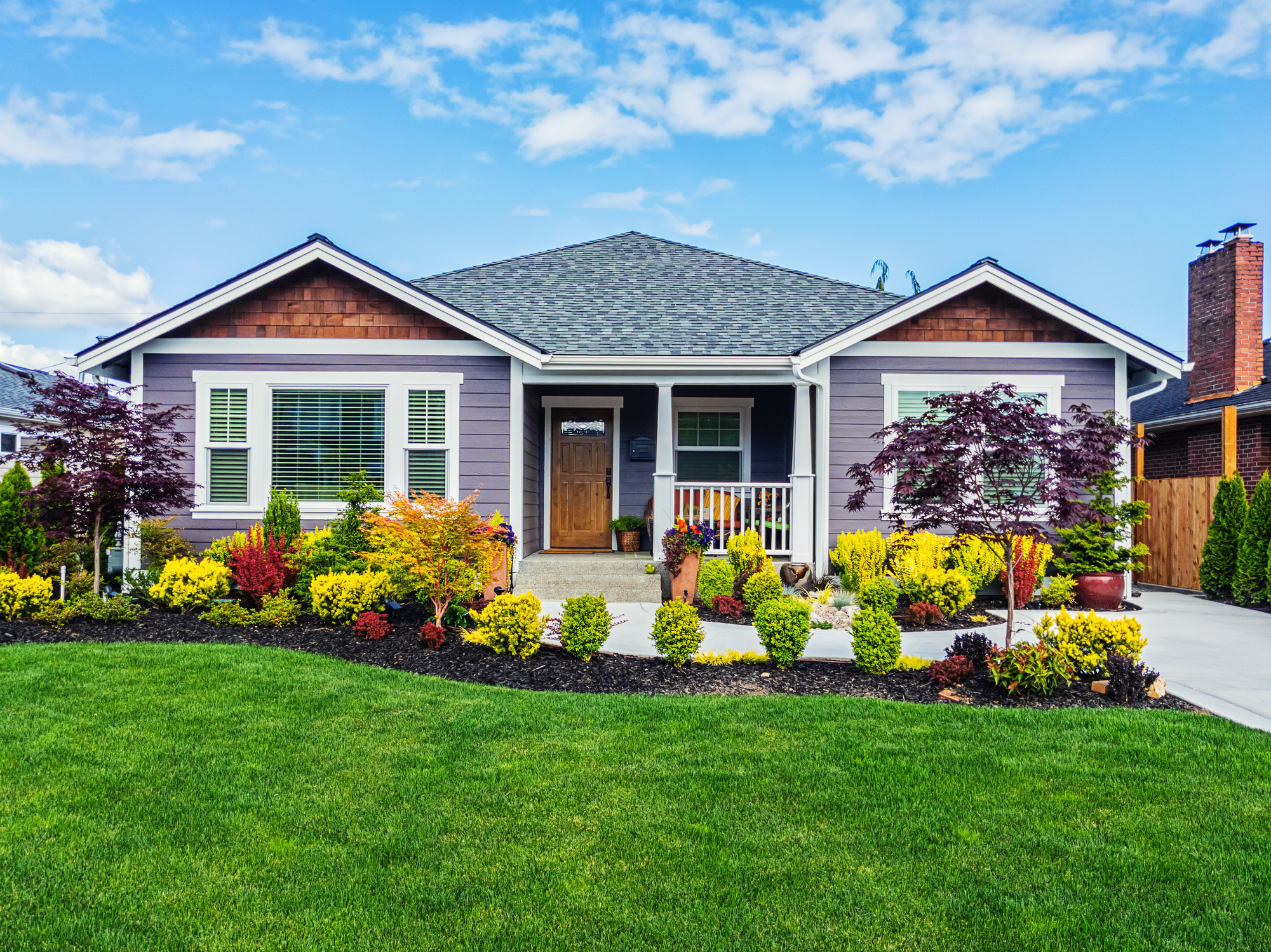 Rising infections prompt moratorium extension. On Aug. 3 the Centers for Disease Control and Prevention enacted a new order halting residential evictions in counties with substantial or high levels of COVID-19 community transmission. As of Aug. 17, most counties in the U.S. met that criteria, effectively extending a ban on residential evictions that has been in place in one form or another since April 2020. Once the order expires, currently slated for Oct. 3, pending eviction proceedings can move forward. While 16 months of delays will inevitably lead to more eviction orders being filed than in a typical year, a mass wave of forced exits is unlikely. 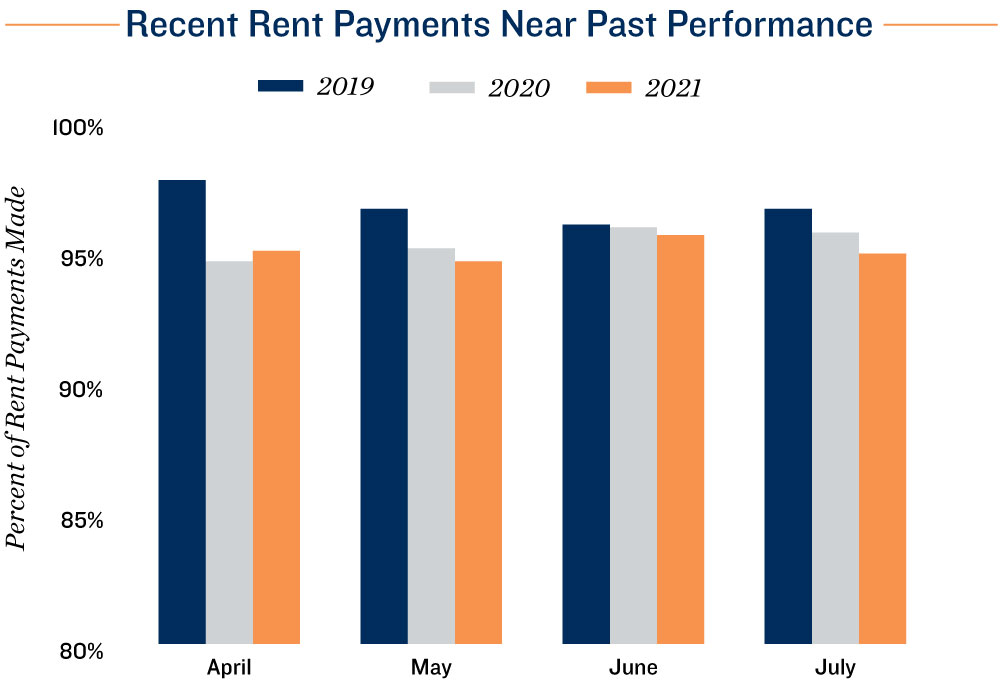 Federal aid and job growth lower eviction pressure. Contrary to initial expectations, rent collections have held up fairly well during the health crisis. According to the National Multifamily Housing Council, 94.9 percent of renters made their monthly payment in July, less than 2 percent below the July 2019 measure. This metric suggests that rent delinquency is not significantly higher than in a more traditional year. Robust federal stimulus, including expanded unemployment insurance, were key early supports when mandated closures cut numerous service-related jobs. Since reopening, the employment situation has markedly improved. Unemployment is now at a below-average 5.4 percent, with a record 10 million jobs open for application. Delinquency will decline as more households gain income stability, although some slower-recovering markets, such as New York City and Los Angeles, face greater risks.

Multifamily sector performing well. Rental demand has already recovered substantially from last year, with a record number of apartments absorbed in the second quarter. Multifamily vacancy dropped to 3.8 percent in June, only 10 basis points above the pre-pandemic low, even as construction continues at the fastest pace in more than two decades. Rents are also climbing, including in the Class C tier where the risk of coronavirus-related eviction is highest. While some tenant turnover is anticipated in the months ahead, a general shortage of housing will bolster operations across a range of multifamily housing options.

Court backlog may provide time for aid to arrive. Congress has allocated close to $47 billion in rental assistance, with $25 billion released so far, but the rollout has been slow. Only a handful of states have distributed more than a third of their funds, led by Texas at just over half. Many more states have sent out less than 10 per- cent. When the CDC moratorium expires, however, it will still take some time for court systems to process all of the eviction proceedings. This will provide more runway for assistance to be distributed.

Estimates of renter hardship likely skewed by statistical issues. Some higher-end estimates of rent delinquency have come from the Household Pulse Survey, a recent experimental dataset. As of Aug.11, the survey estimated that 8 million renter households did not pay rent in July. That metric is derived from a survey of only 66,000 households, however, less than 0.1 percent of the total population. While the Census Bureau is striving to deliver accurate, timely information, the possibility for a substantial sampling bias remains. Direct data from property owners implies a much lower level of hardship.