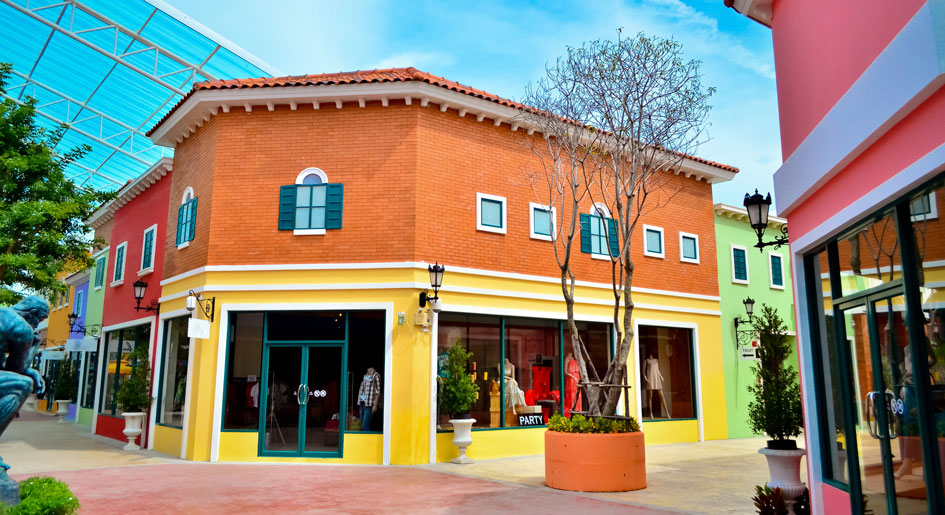 Consumer spending continues to grow. In June, core retail sales increased 1.1 percent as Americans continued to use money accumulated from stimulus and savings. Although more spending is aimed at services due to the broad reopening, plenty of new cash in the system supported growth for traditional retailers. Nonetheless, rapidly rising inflation, which measured 0.9 percent last month, dampens the better-than-anticipated retail sales figure. A portion of the increase comes from higher prices rather than a jump in real spending. Still, since February 2020, retail sales have grown 16.8 percent and gains are likely to persist in the second half of this year as several catalysts drive shoppers to retailers. 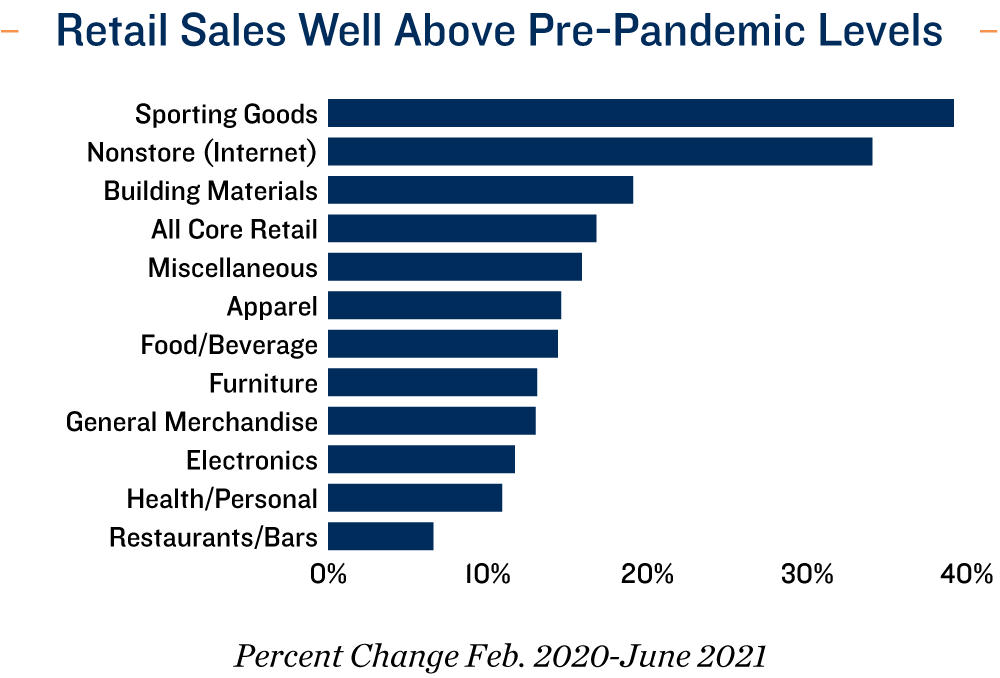 Return to work and school supports sales. Last month, spending at apparel stores climbed 2.6 percent, among the largest gains across the sectors. After more than a year of lockdowns, more people are updating their wardrobe and getting children clothing and supplies for schools planning to fully reopen in the fall. Department stores also boasted a 5.9 percent monthly gain, supported by rising job growth, which amounted to 850,000 new positions in June. Further gains are anticipated in the coming months. According to a study by Morning Consult, nearly 2 million workers remain on the sidelines due to child care challenges, an issue that will abate as schools come back into session and the child care tax credit reaches parents.


Brick-and-mortar shops perform better than expected. Massive amounts of stimulus and fewer spending options at entertainment venues during the pandemic lessened the challenges facing retailers. Although some locations may struggle in the coming months, the removal of unnecessary stock will ultimately buttress existing locations and prevent a significant weakening in operating fundamentals. Retail strength will vary by market, and densely populated metros face a longer recovery. New York City, San Francisco,Chicago, and Los Angeles are most at risk of seeing smaller retailers struggle to survive the health crisis. In fact, Los Angeles is implementing mask mandates indoors again. Overall, retail vacancy is projected to tick up 50 basis points this year to 6.1 percent while the average marketed rent inches up 0.5 percent to $20.06 per square foot.

Headwinds mounting but could be temporary. Rising prices and a labor shortage are issues that could impact the retail market and need to be closely monitored in the coming months. Core inflation reached the highest annual increase since 1991 last month, and additional government spending may apply further upward pressure to the measure. The producer price index also soared 7.3 percent in June, a record since data keeping began in 2010, indicating that inflation is unlikely to ease in the near term. Rising prices may erode purchasing power despite the influx of stimulus.

Labor shortages drive up cost of doing business. In the short term, wage growth of 3.6 percent annually is well above the pre-pandemic rate. However, approximately 1.8 million workers remain on the sidelines due to sufficient unemployment benefits, according to a Morning Consult survey. As these payments sunset on September 6, many Americans will reenter the job market. Once removed, the 1 million available retail jobs will be filled more quickly and pressure on wages should decline.