Job Creation Surges in March, But Long Road Ahead 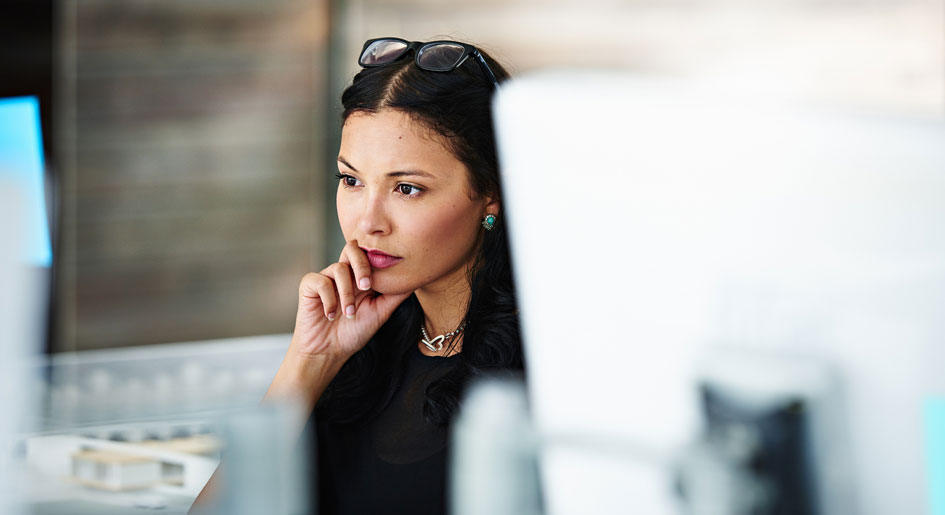 Accelerating reopening bolsters hiring. Job creation soared to a seven-month high of 916,000 in March as easing business restrictions and broadening vaccination availability alleviated barriers to travel, dining and shopping. Hiring last month was led by the leisure and hospitality sector with 280,000 personnel, followed by a combined 190,000 roles in public and private education, fields heavily impaired by forced closures. This robust recruiting helped lower the unemployment rate to 6.0 percent, less than half the pandemic peak. The rate is nevertheless 2.5 percentage points above the February 2020 watermark, reiterating the significant labor market recovery still ahead. 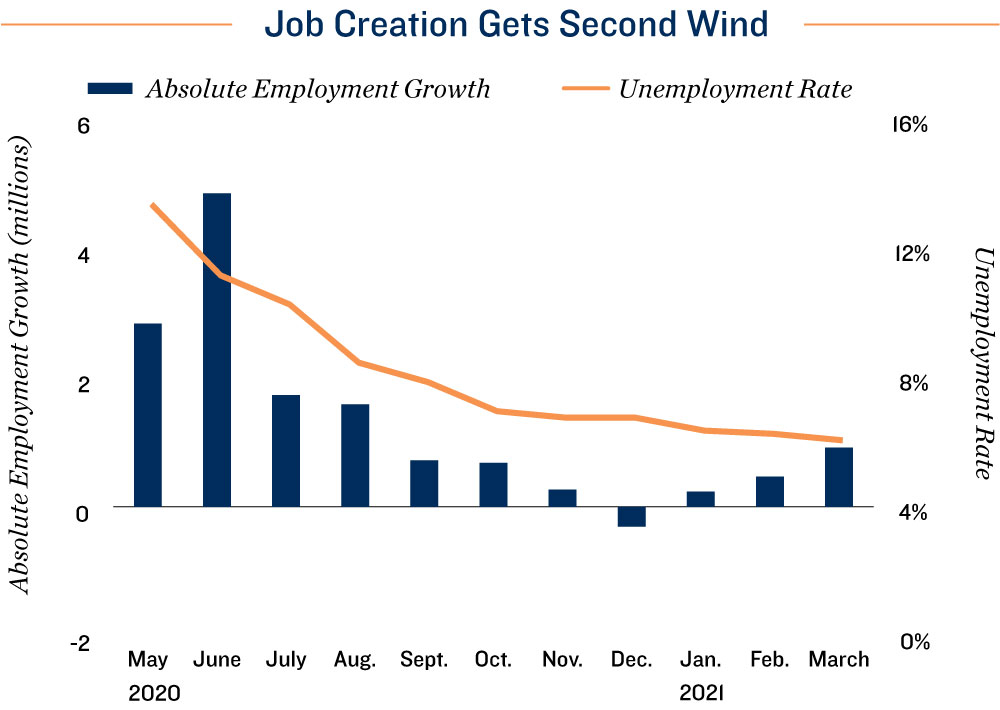 March hiring a reflection of improving hotel performance. Multiple Sunbelt states opened vaccinations to all adults and repealed business restrictions last month. These actions were conveniently timed with the dispensation of one-time stimulus payments from the American Rescue Plan Act. This much-needed boost, together with a wave of spring breakers, lifted hotel occupancy rates to their highest levels since early 2020. Revenue per available room was nevertheless 20 percent below where it would be normally. The slower expected return of corporate travel will extend the sector’s complete recovery to the record performance seen in 2019, especially for hotels in major urban cores.

Open retailers rehire; closures to temper progress. Last month’s employment gains likely also reflect greater retail spending. Consumers previously stuck at home with pent-up savings are likely taking advantage of the added capacity at restaurants, bars and other retailers. New Paycheck Protection Program funding helped operators hire staff in response, and upcoming grants from the Restaurant Revitalization Fund will aid restaurateurs going forward. Not all retailers have made it this far though, especially mall-based establishments that entered the health crisis already encumbered with long-term structural challenges. Some properties will need to be redeveloped, which will benefit the retail sector over time but will weigh on fundamentals in the short term.

Strong service hiring a boon for Class C apartments. Historically Class C vacancy has closely aligned with unemployment rates, but that relationship has not manifested during the health crisis. Eviction moratoriums, fiscal stimulus and rental assistance programs have helped keep more households in their units. If hiring in lower-wage positions continues to improve, it will bolster the Class C renter base and sustain the exceptionally low vacancy rates experienced by this segment of the rental market.

Job creation less directly impacts offices. Fewer office-using roles have been lost compared with other sectors, but many are currently remote. Prominent firms such as J.P. Morgan Chase and Google have nevertheless already committed to returning employees to offices this year. While companies are expected to ease back into offices and retain some remote work, most will likely not substantively reduce their footprints. Smaller businesses that exited leases earlier in the health crisis may begin looking for new space as the economy mends, bringing additional stability to the office sector.