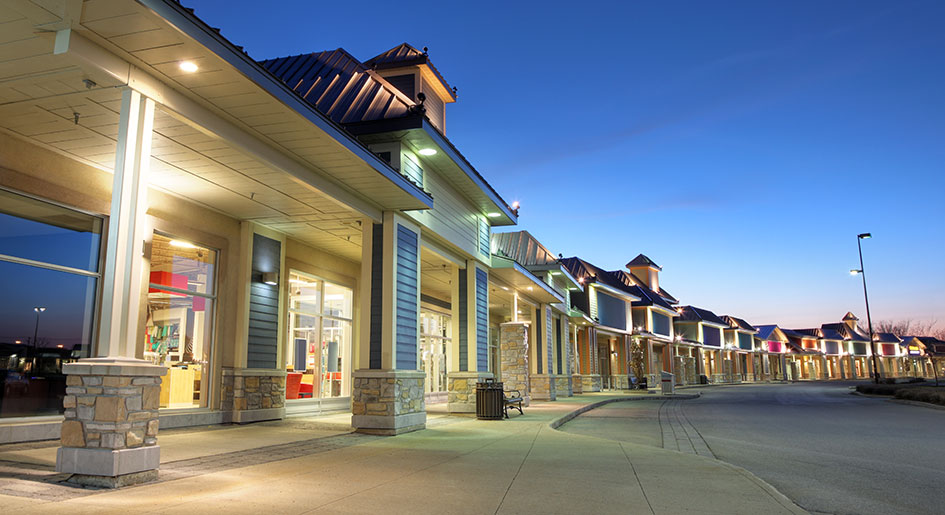 Slowing rate of inflation a welcome sign. Core retail sales in the last month of 2022 were up by 7.2 percent year-over-year. Despite a notable upward stretch, spending may be softening. December’s retail sales volume was a step back from recent months, a potential signal of the challenges facing consumers in the year ahead. While overall cash savings is some $4.4 trillion above the pre-pandemic mark, not every household was able to set aside funds. These opposing winds may create choppiness in the months ahead. A positive for both consumers and retailers alike, however, is that the softness in sales also contributed to a decline in the headline CPI figure last month. While prices on goods and services were still up 6.5 percent for the year, the pace is slowing. 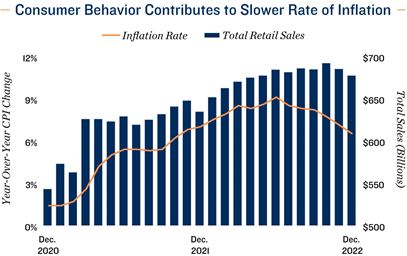 Grocery sector may prove more resilient. Across retail categories, the restaurant and bar segment accounted for some of the largest monthly spending gains last year, with December spending up roughly 12 percent over the year. Still, purchasing at such establishments fell by nearly 1 percent last month, a sign the segment's growth rate may be leveling out. By contrast, grocery store sales set a new high in December, indicating households are eating at home with greater frequency as their discretionary budgets tighten. Fortunately for both categories, prices at bars, restaurants and grocery stores rose by smaller margins last month, a shift that, should it continue, will help cost-burdened consumers.

Minimum wage increases aid consumers. Average hourly earnings rose just 0.3 percent in December, impacting households’ spending power, while concurrently contributing to slowing inflation. The pace of earnings growth, however, may temporarily accelerate in January, as 23 states increased their minimum wage at the onset of this year. Estimated to affect more than 8 million workers, these increases represent a mixed bag for retailers. While labor costs may be going up, so too might discretionary spending power among impacted consumers.

Additional action upcoming. The slight decline in consumer prices during December indicates measures taken by the Federal Reserve are working. Still, the job market remains tight. Last month, employers grew payrolls by 223,000 positions, pushing the unemployment rate back down to 3.5 percent. This activity indicates further action will be taken by the Fed, as a marked slowdown in job growth is critical to the central bank’s plan to fight inflation.

Below-average vacancy prevalent. Several months of spending declines are indicative of a softer consumer environment; however, retail properties are generally in a good position to weather potential headwinds. Nationally, retail vacancy was 110 basis points below the long-term average at the onset of 2023, with the sector slated to register the lowest annual inventory increase among major commercial real estate property types in 2023. On a metrowide level, most major markets entered this year with vacancy below their long-term mean, including nearly 20 locales where availability was at least 100 basis points under the prior 15-year average.